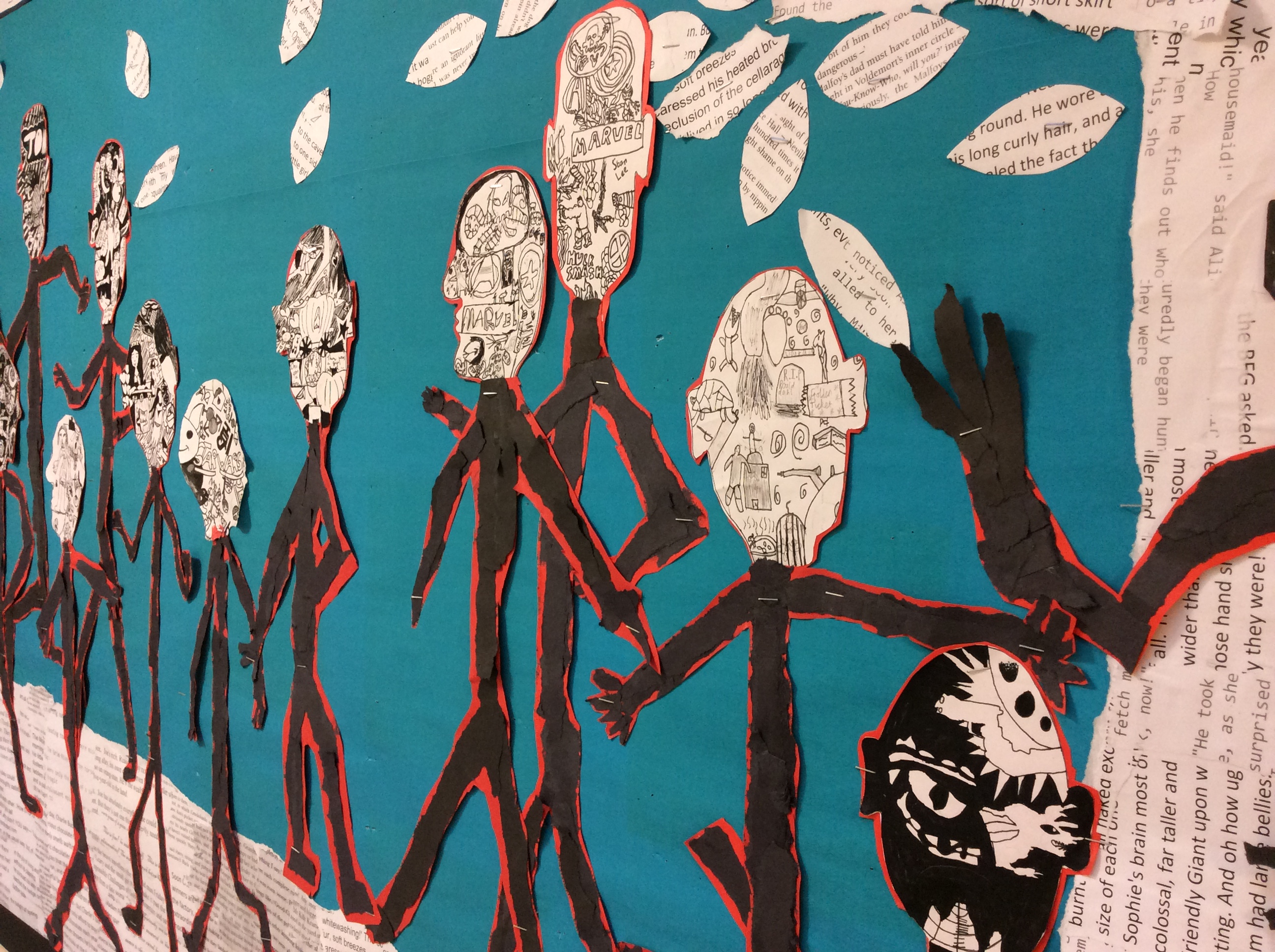 Writing is a vital part of the Christ Church curriculum in Foundation, KS1 and KS2. Besides strengthening literacy skill and an understanding of grammar, this also encourages your child to explore their own creativity. We do so through engaging topic work, fun challenges, and ‘Big Writes’ that allow their imaginations to run wild.

You can see an example of the things we get up to in school below.

With the votes counted and tricky decisions made, we’ve finally settled on winners for our short story competition. Congratulations to Mae, Barney, Thomas, Emily, Nell and Max! Your prizes were incredibly well deserved.

It was a tough choice because there was a stack of fantastic writing to choose from, but this goes to show how many authors-in-the-making we’ve got at Christ Church. Well done to you all.

You can see the winning entries from KS1 and KS2 below. Simply click on the relevant link for the full story or visit our gallery page by clicking here.

The Terror of the Titanic

By Mae (Overall Winner and Winner of Year 3/4 Girls)

A splash, a scream, an echo. That’s all the noises I heard that day. That dreadful day when I bumped my head. It all started when my school went to the swimming pool. There was a new girl – called Cathie. Anyway, she was crowded by all the other girls in my class and they were asking her all kinds of questions, some really rude. I could tell Cathie didn’t like it so I tried to pull her out of the way. Suddenly, someone pushed me away.

“Go away Lola!” snarled one.

“Yeah, what she said,” sneered another.

They crowded round Cathie so I couldn’t see her anymore. I was cross at the other girls but I was crosser at myself, that I wasn’t able to help. I had to get away. I started swimming to the deep end…

The Three Little Worms and the Big Bad Mole

Once upon a time there were three little worms. Early one morning the mother worm decided it was time for her three worms to leave home. The three little worms set out into the world. They decided to build their own house and have a peaceful, happy life.

Unfortunately, along came a big, bad mole to the house of mud. The mole’s eyes opened wide as he came up with a plan…

A Hunt in the Forest

I was once told never to go near the one and only window in the house.

One rainy day, I walked solemnly to the window, my heart was beating fast. My fingers touched the glass and they slipped down in slow motion. It felt like my heart was cracking in sadness when I realised that my sister and my mum had been put under a spell in the forest and they were lying at my front door and not moving. They had gone out to find blackberries for our pie. I didn’t know what to do with them. They were just lying there.

One sunny day I decided to help them so I went outside into my shed and took out my father’s sharp, solid sword and a metal shield…

The Diary of Barry Banana

Day 1: Hello, my name is Barry and, yes, I am a banana but does that really matter? No, no it doesn’t and I am fed up being discriminated against. If you think bananas are incapable then put this diary down right now!

Today, I just chilled out in the Sainsbury’s fruit and veg section with my best friend of all time; Billy. Days with Billy make the arrogant tomatoes in the section next door bearable (but only just!) Sadly, no-one has bought me nor Billy and I was hoping that I would only be here a couple of days but so far that doesn’t seem possible.

Day 2: This day was probably the worst day imaginable for a humble banana like myself…

As the rain gushed down on his wings, he could feel his head throbbing and his eyes narrowing until all he could see was the light that had guided him all this way. But, still he clung on to the scroll. That light was the moon and he was a raven called Kangju and his job was to deliver a message. Ravens have been mailing letters since the dawn of time so not delivering one would give you a fate worse than death. You would be banished from raven life and sent to live as an outcast. If you were to ever set foot on the raven’s land then destruction would come to you and your home.

As Kangju flew over the raging sea, which was as stormy as any enraged sea can be, seawater sprayed in his eyes and waves crashed behind him as screams echoed in the murky night air…

Read more by clicking this link

We use cookies on our website to give you the most relevant experience by remembering your preferences and repeat visits. By clicking “Accept All”, you consent to the use of ALL the cookies. However, you may visit "Cookie Settings" to provide a controlled consent.
Cookie SettingsAccept All
Manage consent

This website uses cookies to improve your experience while you navigate through the website. Out of these, the cookies that are categorized as necessary are stored on your browser as they are essential for the working of basic functionalities of the website. We also use third-party cookies that help us analyze and understand how you use this website. These cookies will be stored in your browser only with your consent. You also have the option to opt-out of these cookies. But opting out of some of these cookies may affect your browsing experience.
Necessary Always Enabled
Necessary cookies are absolutely essential for the website to function properly. These cookies ensure basic functionalities and security features of the website, anonymously.
Functional
Functional cookies help to perform certain functionalities like sharing the content of the website on social media platforms, collect feedbacks, and other third-party features.
Performance
Performance cookies are used to understand and analyze the key performance indexes of the website which helps in delivering a better user experience for the visitors.
Analytics
Analytical cookies are used to understand how visitors interact with the website. These cookies help provide information on metrics the number of visitors, bounce rate, traffic source, etc.
Advertisement
Advertisement cookies are used to provide visitors with relevant ads and marketing campaigns. These cookies track visitors across websites and collect information to provide customized ads.
Others
Other uncategorized cookies are those that are being analyzed and have not been classified into a category as yet.
SAVE & ACCEPT